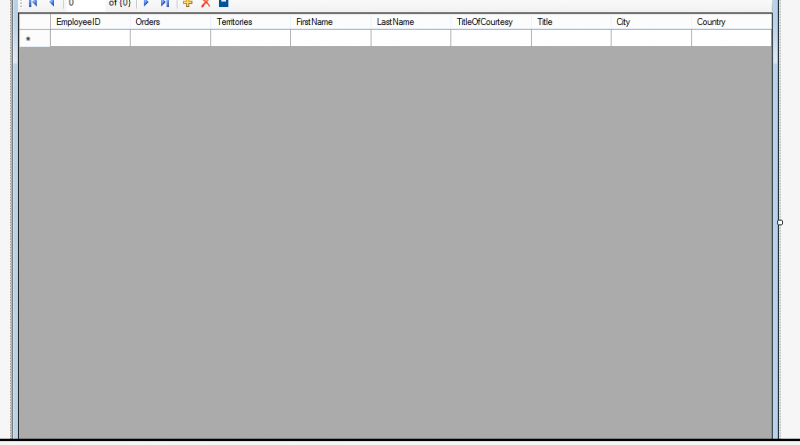 While I was working with Windows Forms Data Binding by using an object as Data Source, I encountered a problem with editing, adding new rows and deleting existing rows to the database. So, the DataGridView was updating according to the changes I was making, however, these changes were not being reflected in the underlying database.

The sources of the problem were the following (assuming that variable context refers to a entity context called NorthwindEntities):

In order to get a complete picture of how to solve this type of problem, I will walk you through a complete example of creating a simple and almost completely automatized application that demos Windows Form Data Binding capabilities in Visual Studio 2012. Note that this walk through assumes that you already have a database to create an Entity Data Model and that you already know how to create a new Entity Data Model from this existing database.

Create a new solution according to the picture below. Name it for example, DataApp. 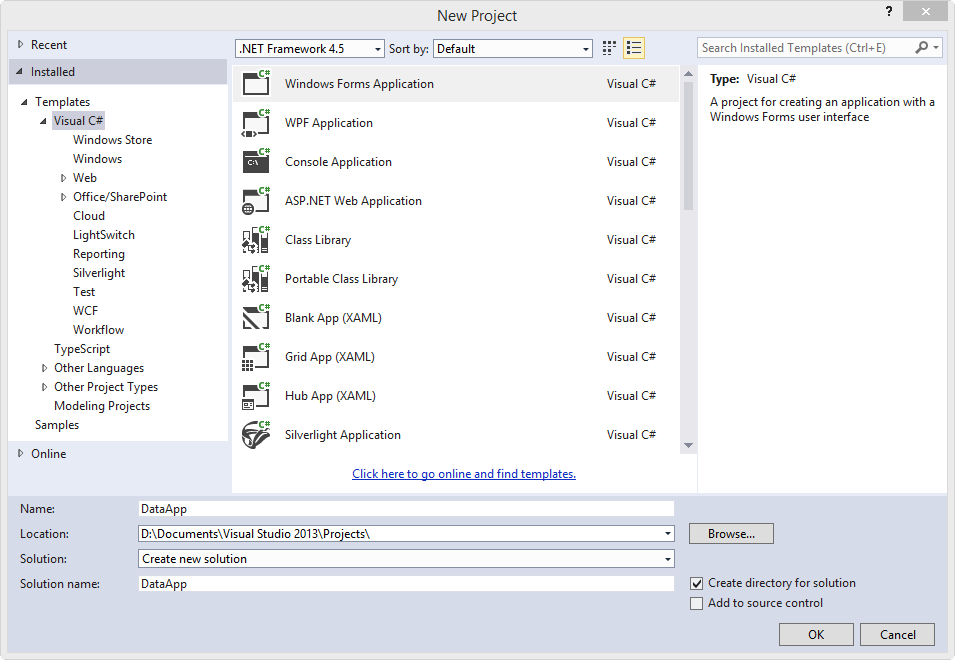 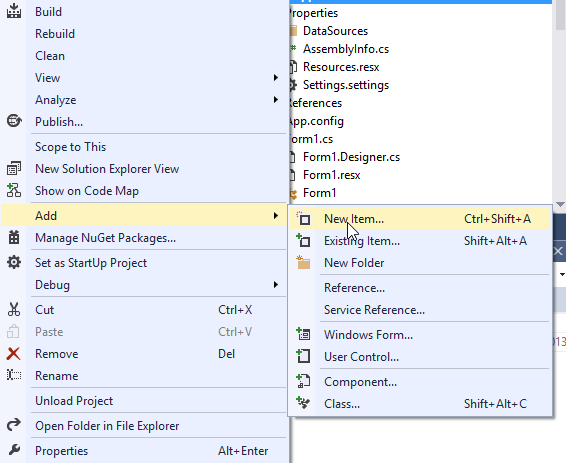 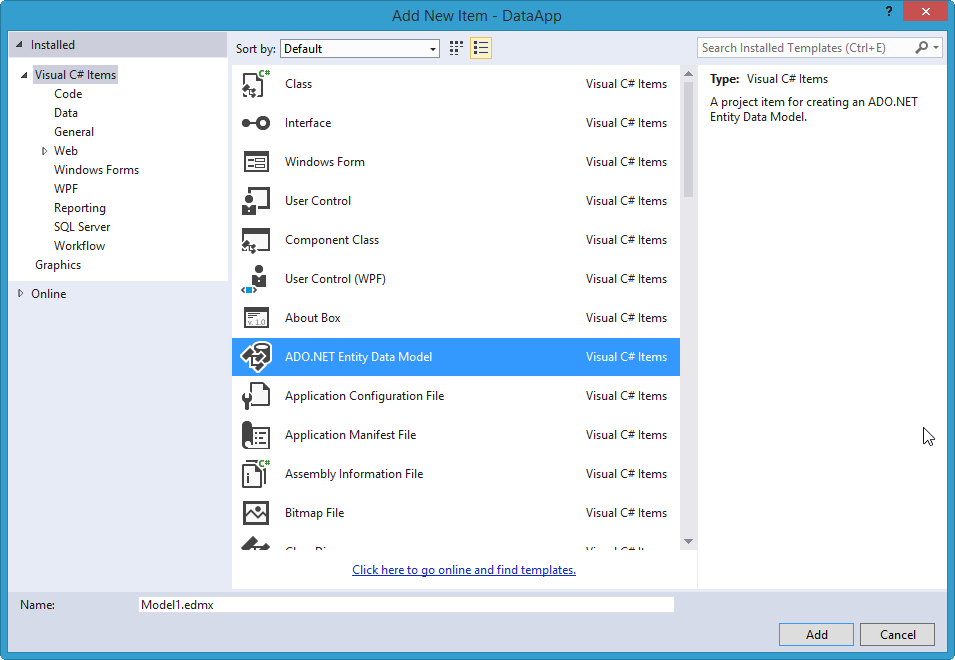 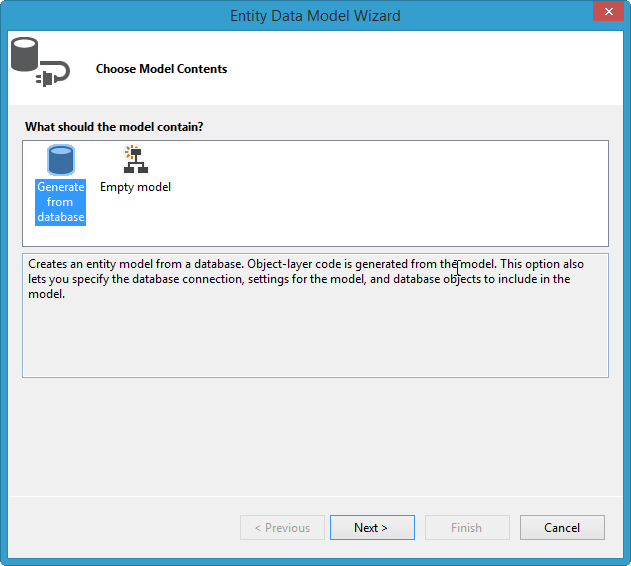 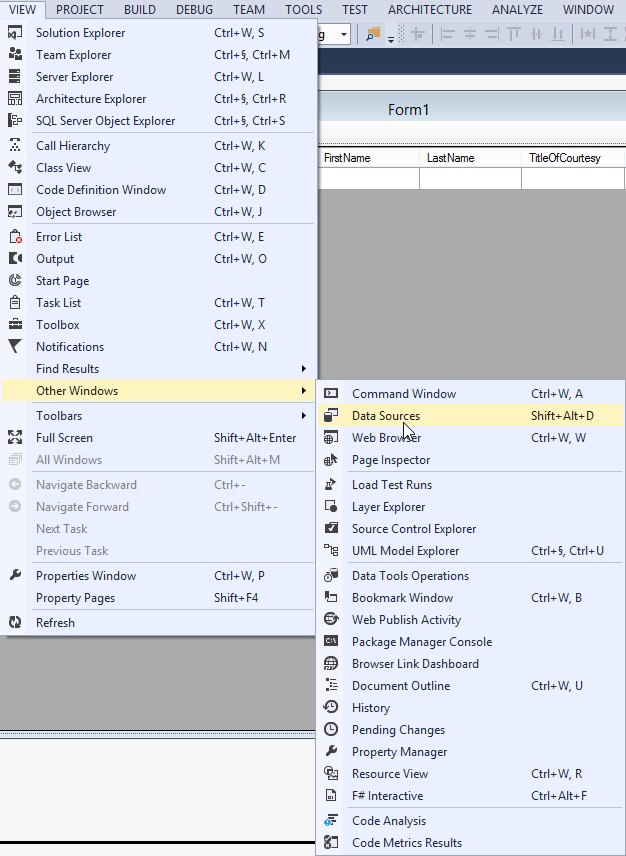 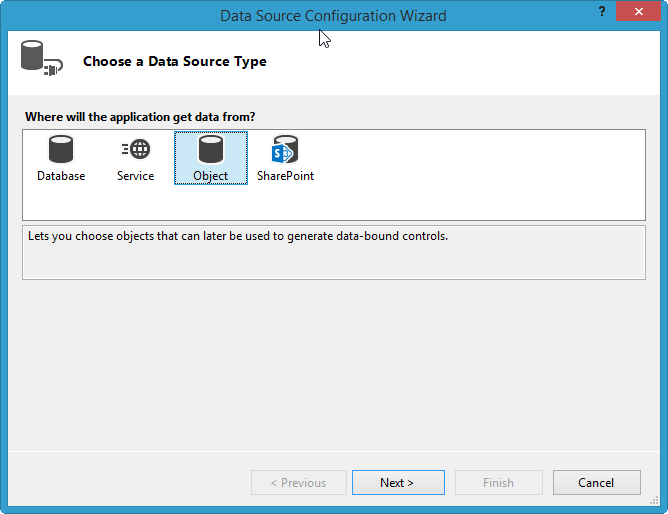 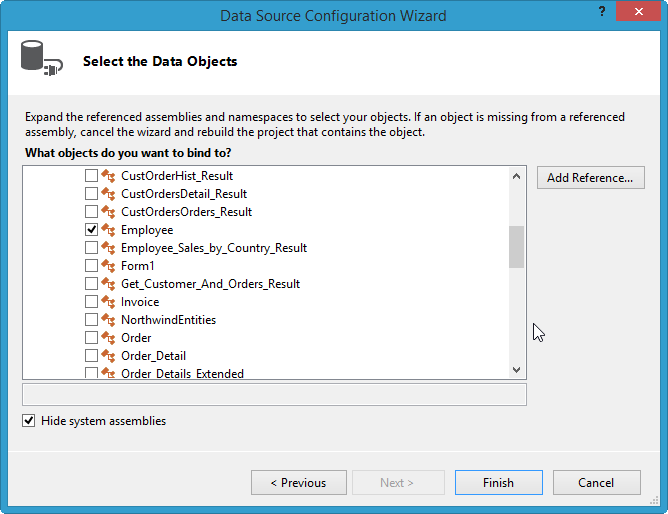 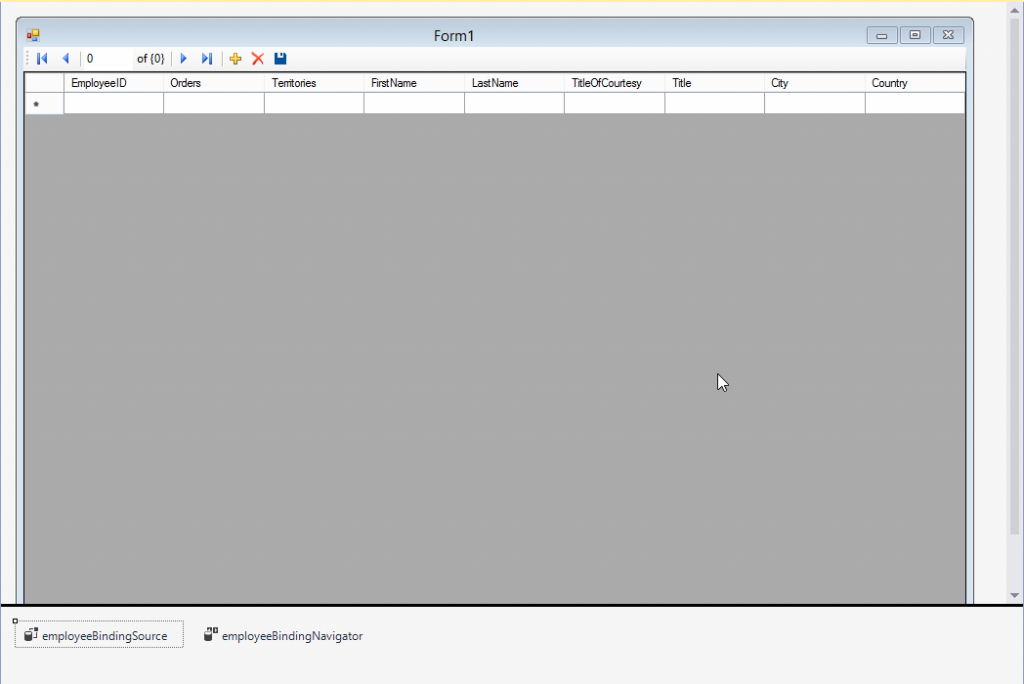 Binding the database to the Form UI 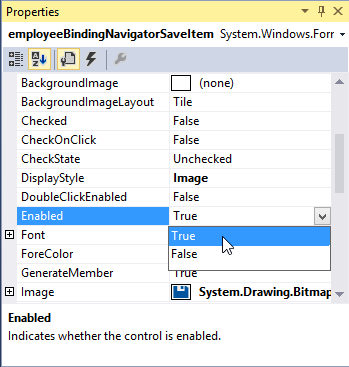 The full source code that I used for my program is given below to get a full picture of the program (I’ve included some error checking in the full source which I excluded in the explanation above for simplicity):